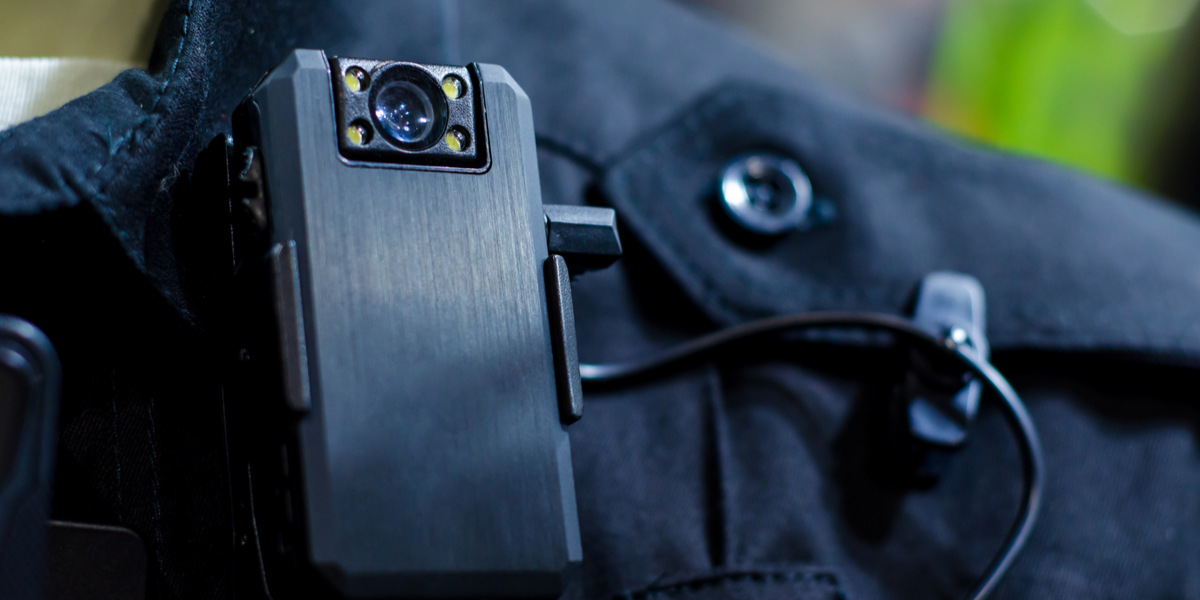 Body-worn cameras have changed the idea of law implementation, and like video everywhere else, the innovation is changing how police divisions store and manage video data.

When the Chula Vista, Calif., Police Department started giving body-worn cameras to a bunch of police officers, they quickly understood that a 30-minute video took about 800 MB of storage space from body-worn camera data. The department crunched the numbers and realized that if it equipped every one of its 200 sworn officers with cameras, they could potentially generate 33 terabytes of data every year, according to Police Chief Magazine.

When it comes to BWCs, data storage is the 800-pound gorilla in the room. Video, as every CIO knows, is a data hog. And BWC systems can generate vast amounts of video data and metadata to track and manage the video clips for retention and chain of custody purposes. Data storage is a technology issue, and it’s one that CIOs try to address most cost-effectively.

The Storage Challenge for Body-Worn Cameras 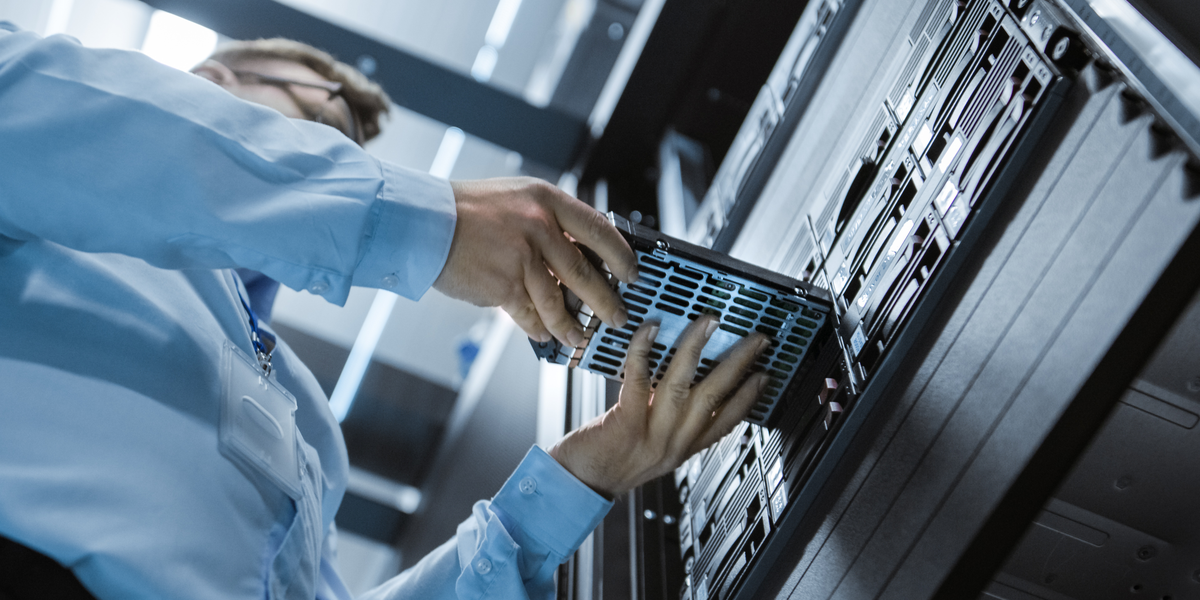 A growing number of law enforcement agencies across the United States are beginning to use body-worn cameras. The International Association of Chiefs of Police has noted that BWCs can help increase officer safety and provide documentation of traffic violations, citizen behavior and other events. They can also lessen court time and prosecutorial burden, provide video evidence for use in internal investigations, help study behavior patterns, train police officers, establish better relationships with citizens and possibly prevent crimes.

While most discussions of BWCs focus on the cameras and recordings themselves, an often-overlooked challenge lies in the less-visible part of the solution: data storage. Storing hundreds of hours of weekly police video of any type can put significant financial and technological pressure on a police department, but BWC footage poses a distinctive storage challenge. Whereas 1-2 percent of fixed camera video footage and 2-3 percent of dashboard camera footage on average is kept beyond the standard retention period and used for further evidentiary analysis, for BWC footage, the amount of retained video jumps to 4-6 percent, putting an additional strain on data storage capabilities.

Organizations utilizing BWCs additionally should have the option to proficiently sort and document all the video proof in their framework, so they should search for an effective body worn data storage foundation that gives:

Achieving these requirements is not simple. State and local jurisdictions, as well as law enforcement decision-makers, think about an efficient and affordable solution should consider a strategy that focuses on the following challenges: 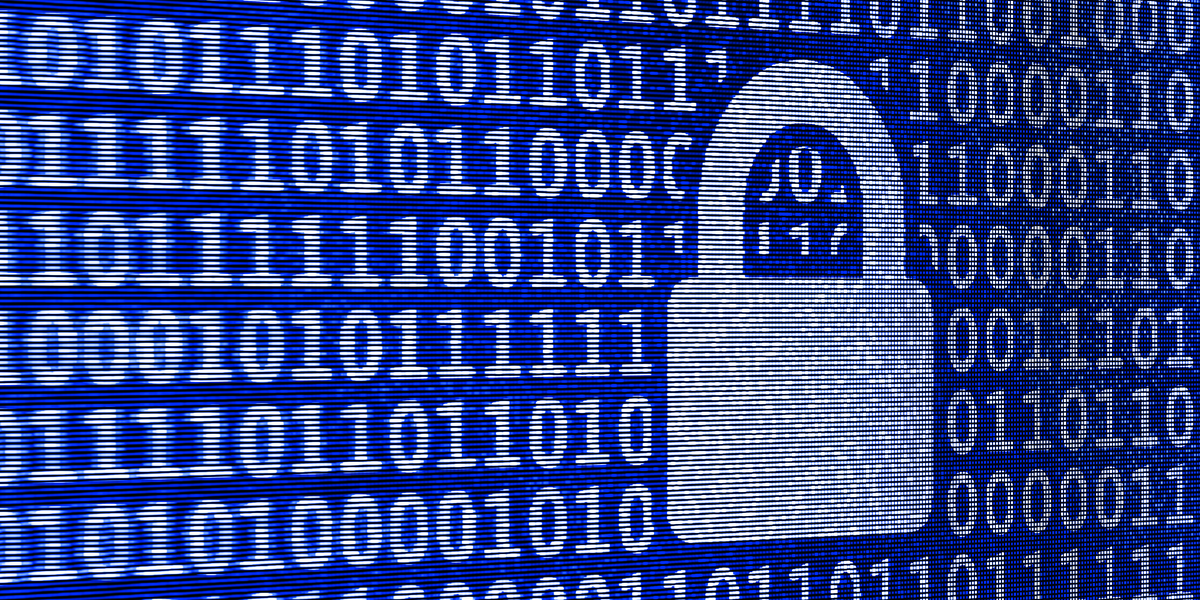 Each municipality has a different policy about the retention of video data, but some can require agencies to store video data for as long as five years. Shortening retention times can have a dramatic effect on the volume of stored data and the cost. Retaining in-car video footage for 60 days, for example, requires 1.5 petabytes of storage, but a 45-day storage policy reduces requirements by 300TB.

With data storage expenses already consuming 25 to 50 percent of the total IT budget for most public-sector agencies, applying a BWC system that meets all the requirements for sufficient, manageable storage can be expensive. Additional costs include on-premise data security and salaries for staff with sufficient training and expertise to maintain and operate the technology.

And this is an increasing problem because the new body- and static-video surveillance cameras now record high-definition video. The resulting video files are much larger and even more expensive to store. These costs have been a real wake-up call to law enforcement agencies. Not only are they quickly outgrowing their existing storage space, but they are also struggling to meet far greater requirements soon. Certain police departments have worked with other municipalities’ police departments or other public agencies to share body-worn data storage costs, which has helped reduce expenses. Another safe way to meet storage requirements is through secure multi-tenancy in a private cloud. 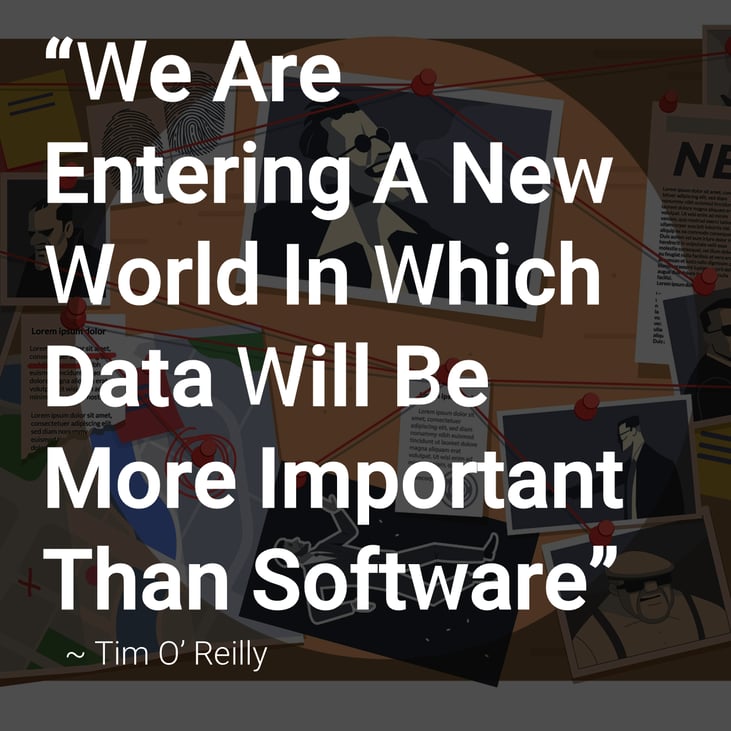 Cloud Storage to Keep Up with the Tech Savvy Gen

Enhancements in video camera technology have stemmed in less costly camera equipment that provides higher quality images, top agencies to deploy more cameras and thus generate more data. But improved video resolution (such as megapixel and HDTV cameras) and higher frame rates mean that the volume of video data can easily exceed the capacity and performance capabilities of an infrastructure that was originally designed for traditional operational needs. And looking at new technologies, agencies must determine the image quality they need to accomplish their mission. A 70-80 pixels per foot (PPF) resolution generally captures enough data for evidentiary purposes. Resolutions of 100 PPF and greater don’t produce much better images to the human eye, but a difference in resolution can require significantly more storage. 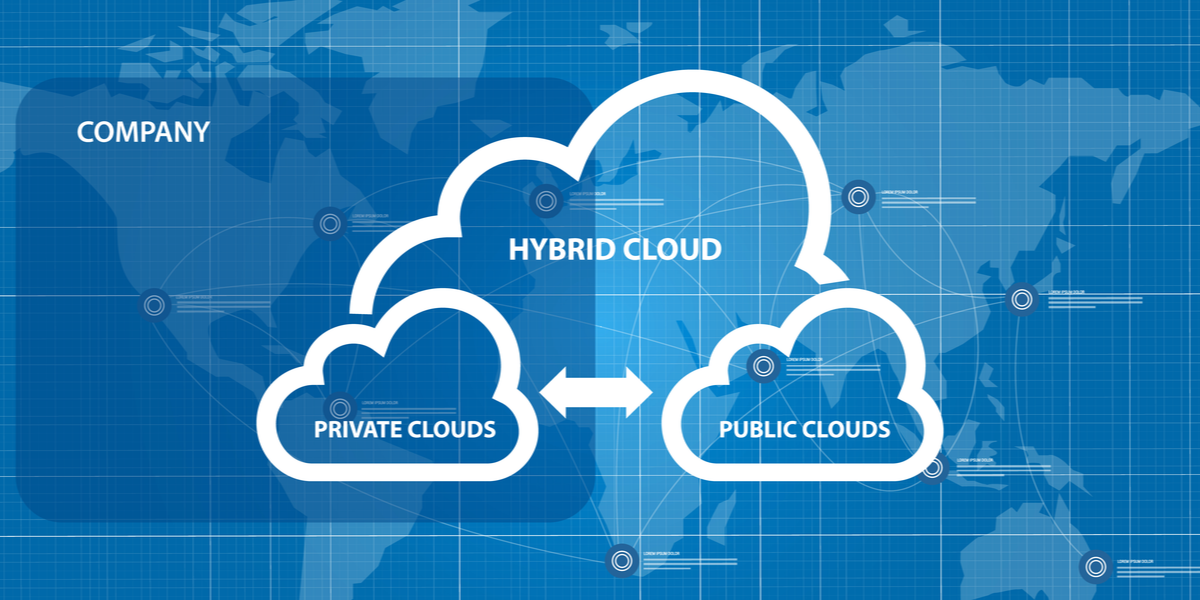 Video is rapidly becoming the greatest consumer of IT resources for organizations, and unstructured data, which contains video, is set to account for 80 percent of all data growth in the next five years.

A hybrid cloud lets organizations integrate enterprise-class data management and control with the public cloud's flexibility, speed, and economics. A jurisdiction can produce a secure, tiered storage solution that stores recent video data locally and sends the rest of the data encrypted to the cloud, making it ideal for managing vast amounts of footage. Such a system lets jurisdictions tap into the best cloud economics while maximizing investments in existing on-premises infrastructures and lowering the total cost of operations. 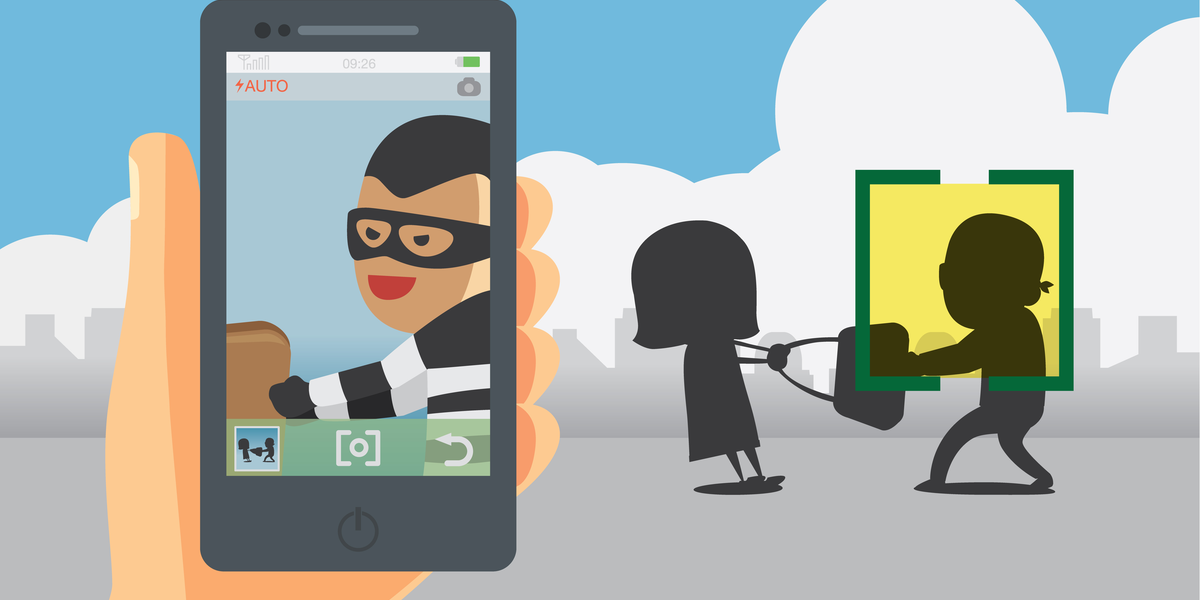 Police body-worn camera data/footage can be admissible in court and thus is proving to be vital as evidence. Video from these cameras can be handy in presenting a clear picture of what happened in an incident. A written police report, by contrast, could be more difficult for juries to understand or visualize. Video evidence eliminates much of that ambiguity and uncertainty.

But when body-worn camera data/footage is presented as evidence, it must be handled differently, which greatly impacts the storage requirements, including who has access to the video and who can view it. The chain of custody and audit trail maintenance. After all, it is critical to protect that footage from being edited or modified in any way. Police departments need to prove where the video has been and that it has not been altered from the original. 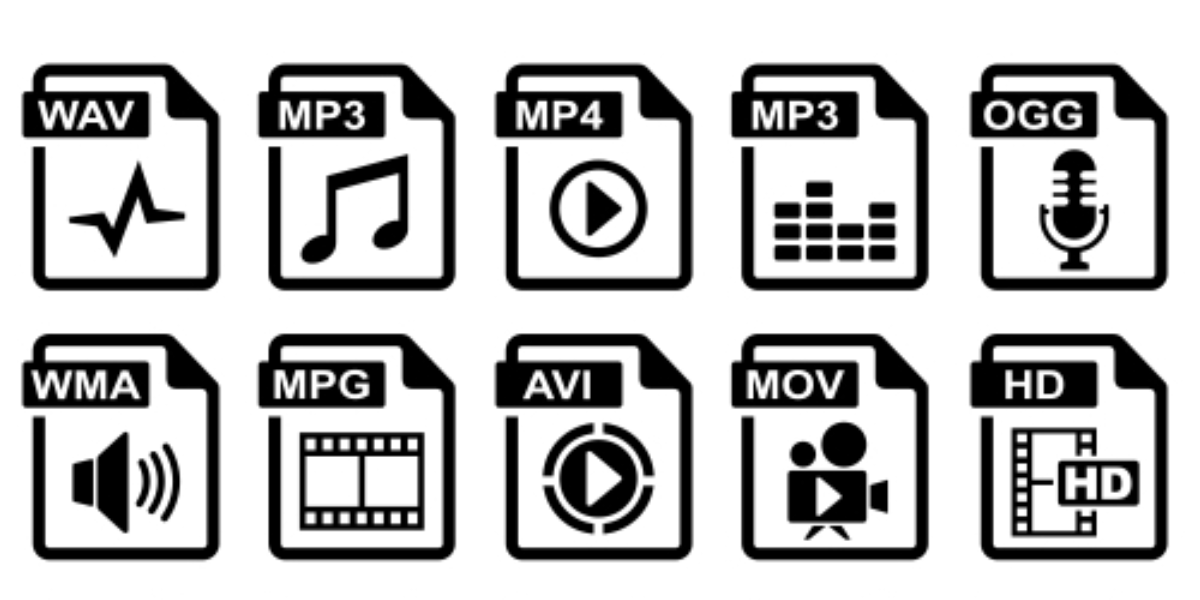 A quick thought exercise: try to think of a digital video format that you’re confident will play on all your client’s devices. If you need a hint, here are a few possibilities: AVI, MP4, FLV, MPG, WMV, MOV, QT, ASF, 3GP, WMA, and M4V.

It’s a trick question. We have no way of knowing whether a video file is compatible simply by looking at its file type. The reason is that video files are more complex than still images or text documents. Specifically, video files are made up of two parts — containers and codecs.

Consider a video file, MyTraining.mov. The .mov file extension is the container. It’s simply a shell for what’s inside the file. Within the container are audio and video codecs, and it’s these codecs determine whether the file will play on your employees’ devices. So simply by looking at the .mov extension, we can’t tell whether the file consists of low-quality webcam video with no sound at all or 4K video with five channels of theater-quality audio. And if an employee’s device doesn’t support just one of the many potential codecs inside the file, your viewers will see an error message when they click play. What if we record evidence through BWC’s and the file format doesn’t play because of the media player and various playback issues.

Codecs have evolved over the years, and different recording tools create videos with different codecs. So, to ensure that your videos play on your employees’ devices, someone would first need to convert (or “transcode”) them into formats that are compatible with web browsers and devices currently available in the market. As with compressing for file size, transcoding files is another complex technical production step that may require expensive software or specialists.

Solving the Storage Dilemma with VIDIZMO

Public safety & law enforcement agencies have increasingly started using digital records as evidence, such as surveillance videos, electronic documents, audio recordings, camera pictures and others in the court of law. As such, they have been overwhelmed by the need to collect, store, manage, analyze, and share large amounts of digital evidence from various sources such as bodycams, dashcams, CCTV cameras, phone call recordings and more. VIDIZMO Digital Evidence Management System provides a centralized repository to automatically ingest all types of digital evidence from any source and eliminate data siloes while enabling you to securely share evidence with stakeholders such as prosecutors and defense attorneys. VIDIZMO is recognized as a major player in the 2020 IDC Market scape. With DEMS, you can transcribe video evidence to improve accessibility, redact evidence to protect personally identifiable information, and leverage flexible deployment options to store evidence on a government cloud, on-premise, or in a hybrid infrastructure.

“With the increasing amount of digital evidence that law enforcement agencies have to deal with today, VIDIZMO Digital Evidence Management System enables a 360-degree view of all digital evidence from all sources in a timely and cost-efficient manner.”

VIDIZMO provides flexible deployment options; you can use your existing cloud or on-premise infrastructure to store and share sensitive data and evidence without investing in additional assets. The massive volume of data can be stored easily in the cloud options provided. Enforces your own IT and security policies and controls all storage aspects for your evidence by choosing your deployment model. VIDIZMO provides maximum efficiency and performance by integrating with an ever-growing number of IT systems to improve adaptability and break down digital evidence silos. Reduces the obstacles caused by disconnected systems when making pivotal decisions and solving more cases faster, leading to more successful prosecutions. Consolidate evidence collected from various devices such as body-worn cameras, dashcams, and CCTVs in a centralized repository for effective criminal investigations. Integrate body-worn cameras with VIDIZMO to ingest recorded interactions with the public and collect video evidence at crime scenes directly. 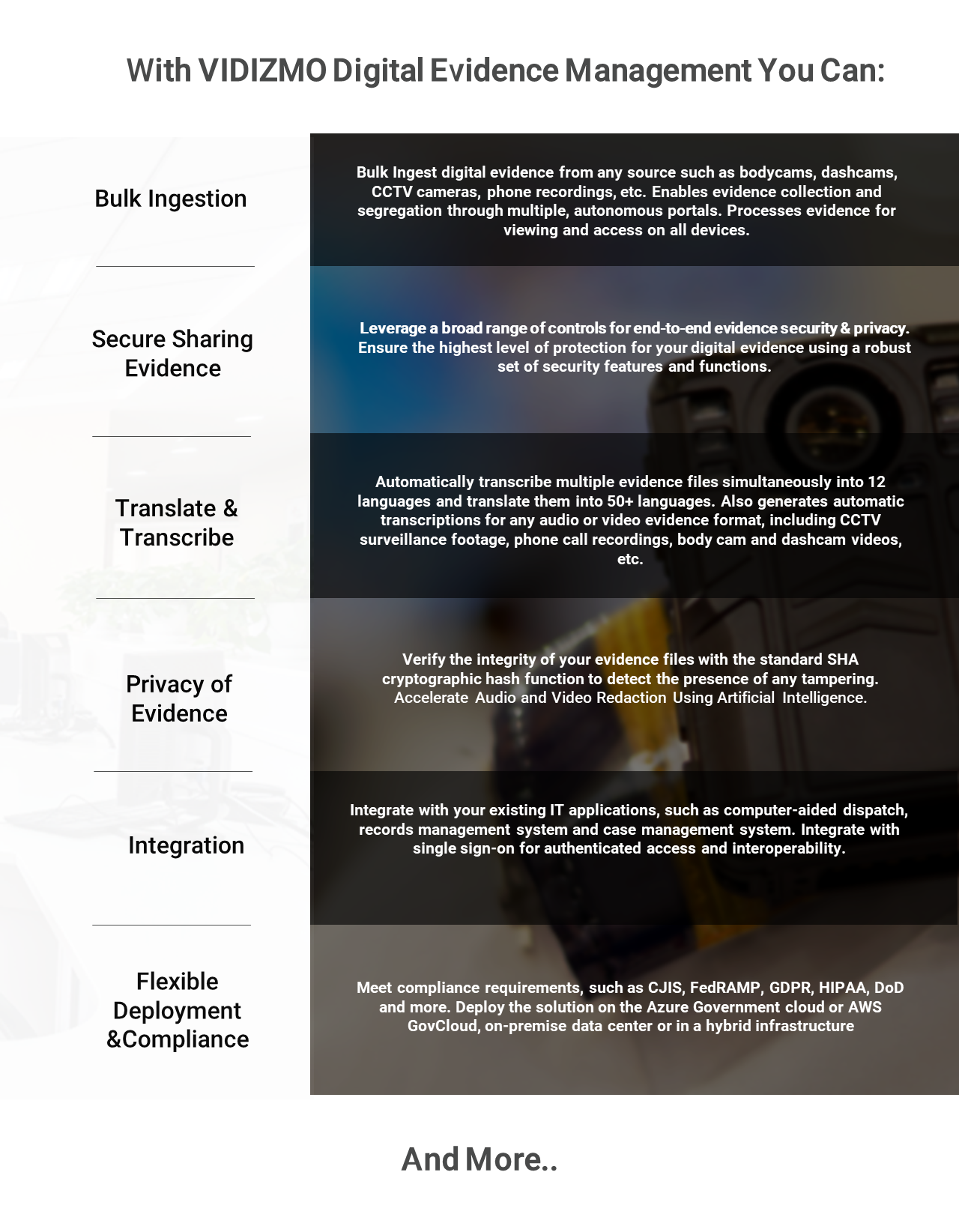 Not all formats are played on every platform or software, causing playback issues while evidence presentation can be a bummer! VIDIZMO helps with that as well by offering automatically transcribe multiple evidence files simultaneously into 12 languages and translate them into 50+ languages, generate automatic transcriptions for any audio or video evidence format, including CCTV surveillance footage, phone calls recordings, body cam and dashcam videos, etc. Search and click on a keyword in the transcript to instantly jump to that point in audio or video evidence without having to go through the entire file, easily review and automatically redact Personally Identifiable Information (PII) from transcripts and comply with privacy laws and DEMS provides the highest level of security to protect sensitive data through features such as end-to-end encryption and compliance with legal frameworks such as CJIS and FedRAMP

The final verdict-The growing adoption of body-worn cameras is, overall, a positive development. With the right storage solution like VIDIZMO, law enforcement agencies can better serve citizens and bring greater transparency to their communities while keeping their storage budgets under tight jurisdiction.