President Biden’s new laws on body worn cameras being mandatory for federal officers becomes a steppingstone towards a safer America which ensures officer safety, integrity and preserves trust between the public and the law.
by Muhammad Nabeel Ali Updated on July 18, 2022 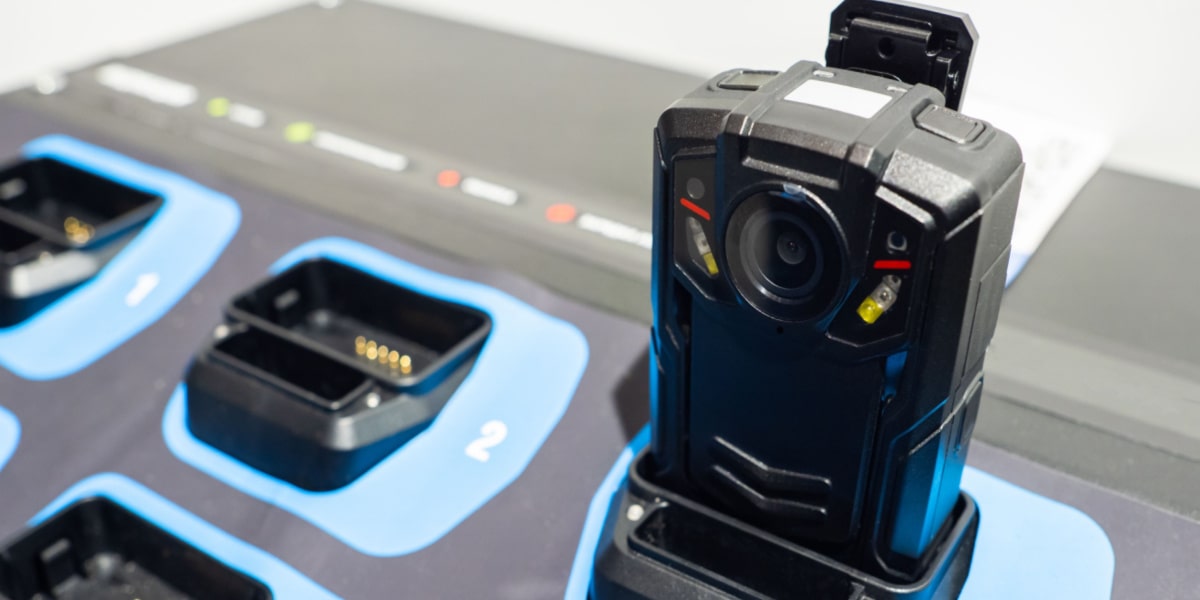 Body worn cameras have acted as a bridge between the law and the public in terms of enforcing accountability, officer safety and trust between the two groups. As a consequence of events in recent years, this accountability has further been questioned and created a drift between people.

However, with Biden’s new laws on the body worn camera mandate for federal law enforcement, there appears to be a sigh of relief amongst the public.

Let’s explore what the mandate is about, with further light on the events that led to it and what law enforcers and government officials have to say about it.

Biden’s new laws for body worn cameras comprised of an executive order that was signed on Wednesday, 28th of May 2022 – two years after the events of George Floyd’s murder on the exact same day. The event in 2020 resulted in an outrage with protests spreading like wildfire against police misconduct.

In the new body camera bill, law enforcement agencies across the states will contribute to a database created to store digital evidence of officer misconduct. These agencies may then refer to the videos ingested from body worn cameras and dash cams during screening processes for the vetting of law enforcement personnel.

The State and local entities will also be able to contribute to the database while the Justice Department maintains it and makes data available to the public. (Source: Government Executive)

Congresswoman Eleanor Holmes Norton (D-DC) and Representative Don Beyer (D-VA) both praised the executive order, stating that they had been in favor of such a requirement for a long time, with a letter sent for the same back on September 27th, 2021.

The two have also introduced the Federal Police Camera and Accountability Act as part of the George Floyd Justice in Policing Act of 2021, requiring federal police to use body and dashcams. 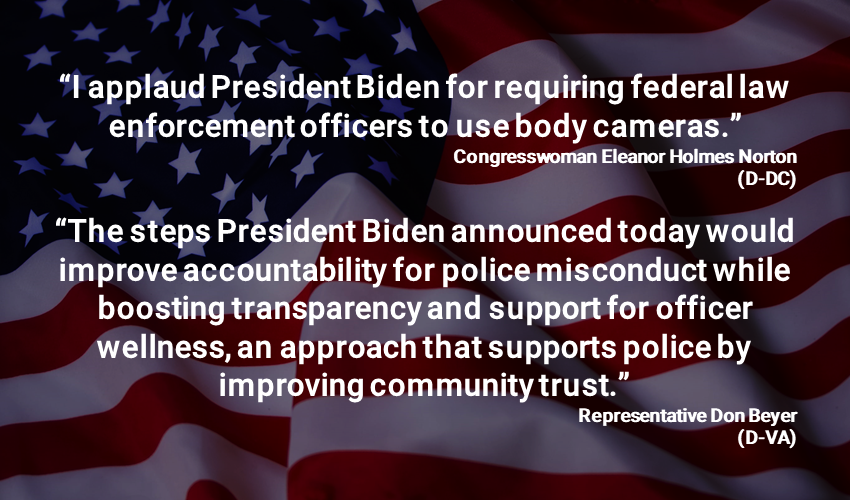 Montgomery County Police Chief Marcus Jones also came forward in support of Biden’s new laws, stating that “the executive order is an excellent first step towards accountable policing and strengthening trust and public safety in our community across the nation.”

He further added that this will serve as a role model for law enforcement personnel nationwide, clearly stating, “This is what we need to do.”

The mandate demanding such widescale implementation of body cameras may bring a great, positive impact on federal law enforcement processes and personnel but there are several elements to consider. A few challenges need to be addressed such as that of body camera video storage.

With each federal officer bringing in their share of day-to-day footage from body cameras, several terabytes of data not only need to be stored but require a proper digital evidence management solution.

A database alone will prove to be insufficient if that footage needs to be analyzed or shared with legal bodies such as courts and agencies.

Nabeel is a content strategy team lead at VIDIZMO and an expert in evidence management technologies. He is actively researching on innovative trends in this domain such as Artificial Intelligence. For any queries, feel free to reach out to nabeel.ali@vidizmo.com