Many police officers believe that the technology they use is outdated and becoming antiquated for Community Policing. What role can the latest technological advances play in community policing?
by Saima Akber Updated on April 25, 2022 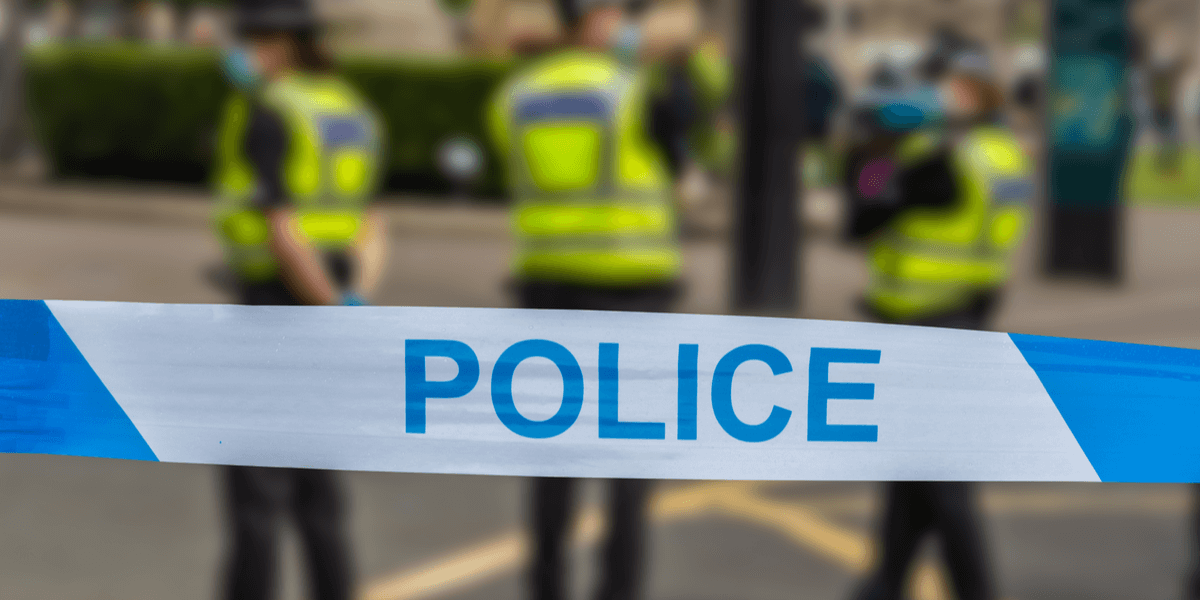 Did you ever think, most crimes are reported but never solved because they are not reported correctly or there is insufficient evidence? Why is that?

Low-profile crimes that do not meet the definition of an emergency sometimes go undetected or are reported too late to allow for an effective response. To make matters worse, police forces are often stretched tight in high-crime areas, thus reducing their resources.

The use of technology in law enforcement and crime prevention is fast evolving - from drones and predictive analytics to biometrics – all of which contribute to the safety of our cities and rural areas.

This has been attributed to the camera boosting both parties' responsibilities. It demonstrates how technology may improve contemporary police.

What Is Community Policing?

Community Policing is a strategy that permits police to stay in the same area for extended periods to build closer relationships with local residents. This enables cops to connect with locals and prevent crime rather than just reacting to it.

Community policing techniques need close coordination between local business owners, people, and law enforcement organizations. However, in impoverished neighborhoods, where community policing may have the most to contribute, there are a few impediments to achieving this degree of participation.

How Do They Function?

Community policing efforts have been shown to decrease crime rates in targeted regions, diminish public distrust, and promote collaboration between law enforcement and the communities they serve when done properly.

Community policing programs, although not a replacement for emergency response systems, have shown to be highly effective when combined with standard police operations.

What Are The Key Strategies Of Community Policing?

Community policing, in its basic form, establishes a collaboration between law enforcement and citizens. The more engaged law enforcement is with the communities they are sworn to protect, the more individuals they may enlist to support law enforcement in accomplishing their objectives. 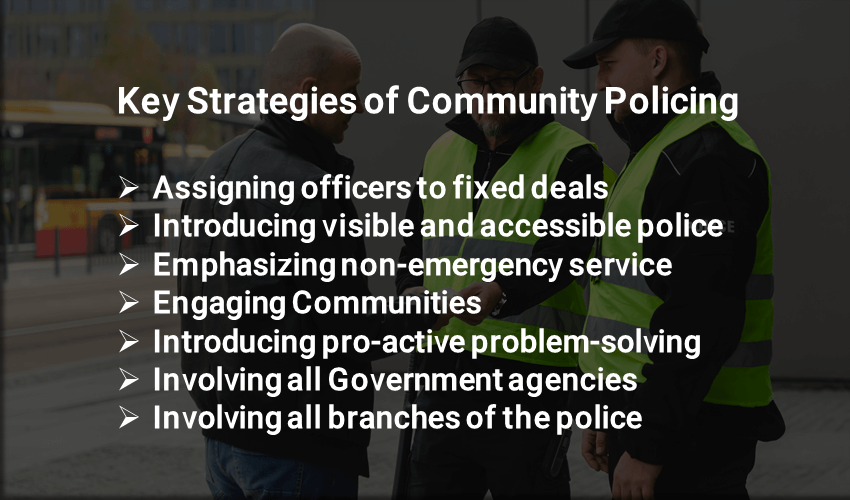 What Are The Benefits Of An Effective Community Policing Structure?

How Does Community Policing Use Technology To Combat Crime?

A study of approximately 1,300 Philadelphians last October revealed that 62 percent of respondents in a shooting area believed police were ineffective, and 83 percent citywide said police failed to prevent violence. The role is intended to be about both helping and avoiding violence.

Many police officers believe that the technology they use is outdated and becoming antiquated. Local law enforcement authorities do not have access to a wide range of technology for easier policing. Since crimes have become more technically demanding, law enforcement has a lot of technical demands.

Let me be clear, there is a danger of civil responsibility and a loss of criminals' proceedings in court if law enforcement does not keep up with technology in these areas.

Yes, you read that right! Trying to recognize a single individual in a crowd may be quite challenging. Furthermore, it might be difficult to show in court since the individual could easily make a flub. Fortunately, face recognition technology has made all of this a lot simpler.

Data exchange and improved communication interoperability are both highly needed. Technology exists and is constantly being upgraded for this purpose. It appears that the political will to go the extra mile in coordinating and collaborating with other agencies is frequently lacking.

Concerns regarding information security and privacy have been raised by advances in technology that allow for better tracking and monitoring.

Look, the importance of culture cannot be overstated. The police make more arrests after shootings because witnesses are more likely to come forward and speak to them.

But wait, there’s more. Having a strong connection with the community is the only way they could achieve a solution rate this high. If you can get someone's trust in the first place, that's a huge accomplishment.

Let's take the example of the US Police department, where the State of Colorado has begun using drones to investigate fatal and severe accidents. In accident investigations, the use of drones to capture accurate images has facilitated evidence gathering and road clearance.

The fact is, easier policing must be considered. There is no one simple solution to gun violence, but the Citizen's podcast examining the subject has made this evident in the United States over the past five years.

Put it this way, it needs economic possibilities, welfare benefits, education, and a major investment in innovative technology such as VIDIZMO in areas where gun violence is most prevalent.

What Is VIDIZMO's Role In Community Policing?

For easier policing, the use of digital evidence in criminal investigations is becoming increasingly powerful, as well as risky. Even the most well-funded departments may be overwhelmed by the large volume of data.

While certain technology, including body-worn cameras and license plate scanning, contribute to the massive volumes of data that must be analyzed. Some technologies may enable law enforcement agencies to gain a hold on all data and put it to better use.

What Are The Main Features Of VIDIZMO DEMS?

Comparatively speaking, the solution offers a wider range of AI-powered, automated functions than any of its alternatives. With VIDIZMO, you can choose from a variety of deployment choices that may be tailored to match your organization's specific requirements.

Now let us become technical and particular to better comprehend:

Video recordings and other forms of multimedia have increased in popularity at a breakneck pace. Video recordings are commonly used in criminal investigations, civil disputes, and evidence swaps. The amount, complexity, and diversity of data utilized in current investigations are a challenge for organizations.

However, VIDIZMO is a comprehensive software solution for managing video material, supporting a great amount of data ingestion, and integrating software.