Citizens capture crimes with their phone cameras that can be used as evidence. Police needs a citizen portal in their digital evidence management software.
by Ziad Amir Updated on March 8, 2021 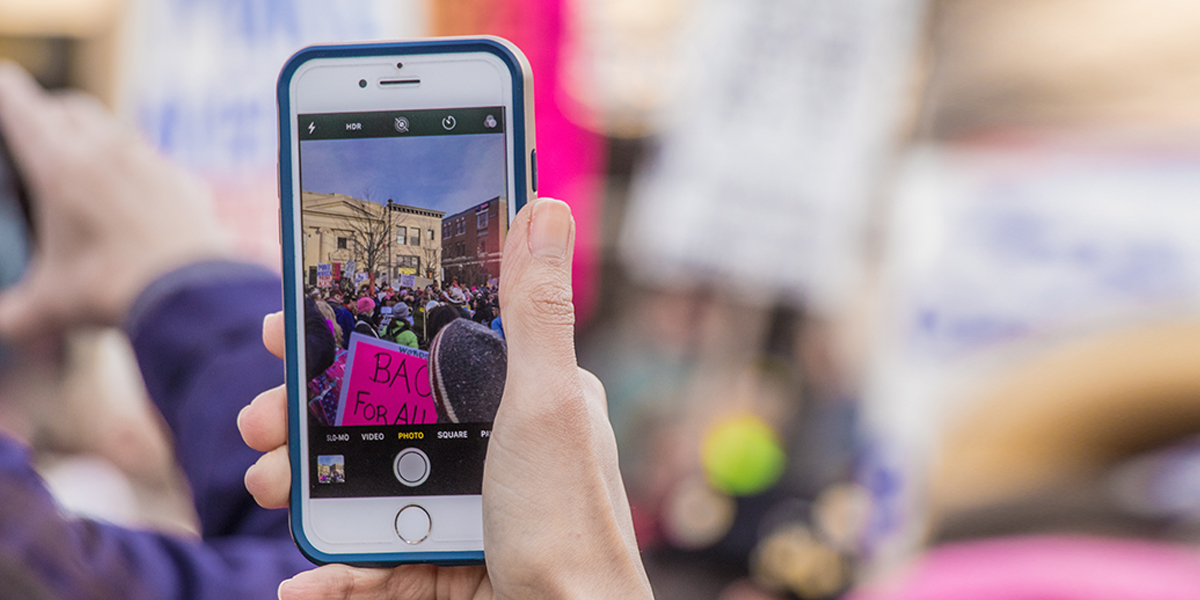 It’s unreasonable to expect police officers to be present everywhere all the time. Often, in cases of incidents, officers only make it to the scene after the fact, which means they miss some important evidence that could help them in their investigation. Luckily, onlookers and bystanders have a habit of pulling out their smartphones and recording whatever is going on. These recordings could potentially be used as evidence.

However, It’s also unreasonable to expect police officers to round up all the witnesses and go through their phones to see what they’ve recorded, if anything. Therefore, law enforcement agencies need a digital evidence management software with a police citizen portal to crowdsource evidence.

Why Police Need a Citizen Portal

The concept of crowdsourcing evidence, or generally inviting public engagement in investigations, is not a new one - far from it. Law enforcement has historically opened tip lines on many occasions. Sheriffs in the Wild West used to put out Wanted posters and offer rewards to encourage cooperation from the public. In the 21st century, the concept remains the same but, with the ubiquity of cameras, video recordings and digital images, looks a little different.

The biggest known instance of crowdsourcing evidence in the US so far has been during the Boston Marathon bombing investigation, when the witnesses at the marathon took to social media, most notably Reddit, with an overwhelming 13,000 videos and 120,000 images they had captured of the tragedy taking place. News media widely reported that the public’s evidence helped identify and, eventually, catch the suspects.

However, all that evidence coming in was also a nuisance to manage. One of the biggest problems of the evidence coming in from the public for the marathon bombing was that it was coming from everywhere in overwhelming numbers and there was no organization to it. Many people were submitting their evidence through email in such large volumes that it made the servers crash. Plus, police officers had to go on Reddit and sift through the communities to find the evidence. Luckily, a subreddit community for the Boston Marathon bombing emerged rather quickly, but it would have helped if they had a portal where the citizens could directly submit their evidence for the investigators.

And that’s just in the US. There was a similar situation in the UK during the London riots in 2011. Many reports suggest that the citizen’s video footage and images did more to identify individual faces of people involved in the looting than the high mounted CCTVs. Investigators used social media platforms like Flickr and Facebook to invite crowdsourced evidence captured by the citizens of not only London, but all over England.

The aforementioned are only a couple of the many instances of crowdsourced evidence helping investigations. There are plenty more that make the case for a dedicated police citizen portal, such as the Pumpkin Festival mayhem in Keene, New Hampshire, 2014. Clearly, crowdsourcing digital evidence is not a novel concept, but managing that incoming evidence in a centralized repository is still a challenge. Crowdsourcing evidence has the added benefit of earning the community’s trust considering that they would have a part to play in the investigations. That’s why law enforcement agencies need a digital evidence management software with a citizen portal. 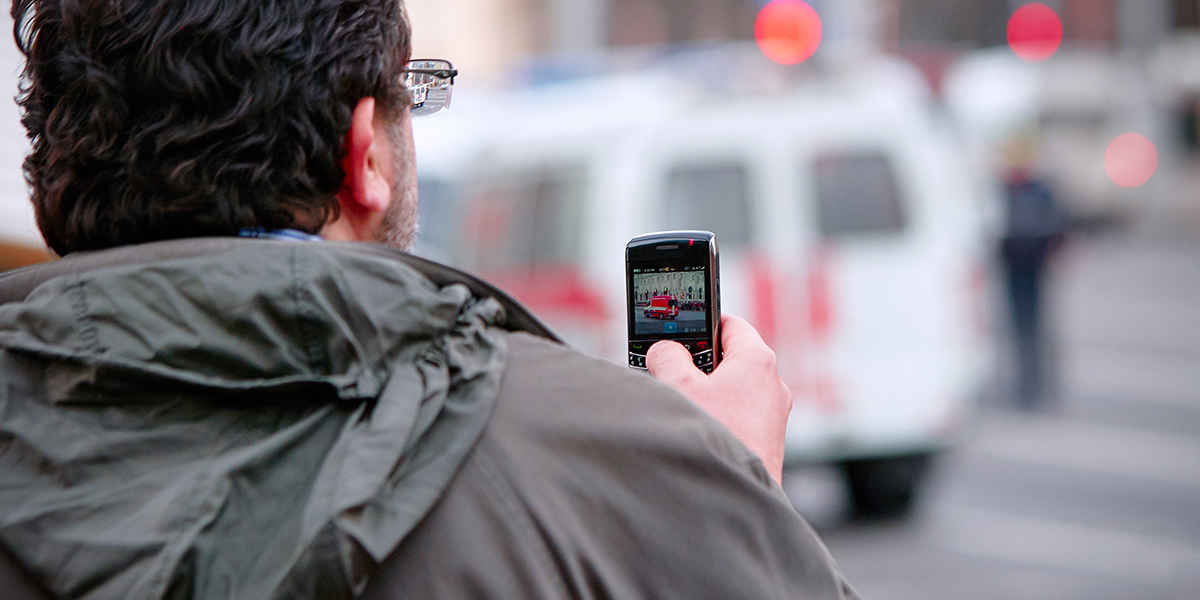 Before going any further, let’s take a step back. Prior to setting up a citizen portal and urging the citizens to start submitting their digital evidence, law enforcement agencies need to figure out the criteria for admissibility of this evidence in court. Fundamentally, the police citizen portal must have a chain of custody and tamper detection mechanism to help their case.

Furthermore, for a police citizen portal in a digital evidence management software to be even remotely fruitful, people have to know that it’s a thing that exists. If the citizens don’t know that there is a portal where they can submit evidence, they either won’t be submitting any evidence, or they’ll be sending in their recordings through the wrong channels and only for the more high profile cases. Law enforcement agencies can spread the word by running a press release, a television segment on a local news channel or a social media post pinned to their profile.

Finally, law enforcement needs to lay down ground rules. When opening a police citizen portal to the public, there will definitely be some delinquents abusing it. The police need to lay out a system to deter the troublemakers under the law. Police can preload the portal with a couple videos to outline how to use the portal.

How VIDIZMO Can Help With a Police Citizen Portal

VIDIZMO offers a comprehensive, feature packed digital evidence management software that is capable of everything that law enforcement agencies need and then some. Along with a centralized repository to manage their digital evidence, police can easily set up a citizen portal for crowdsourced digital evidence collection.

Again, it is critical to ensure that the digital evidence crowdsourced through the police citizen portal is admissible in the court of law. VIDIZMO Digital Evidence Management System (DEMS) comes with built in chain of custody logs, tamper detection, as well as audit logs to ensure the integrity of the digital evidence coming in and keeping track of all the activities performed in the portal by every user.

Furthermore, citizens might feel uncomfortable or insecure sticking their heads out by publicly submitting evidence against potentially dangerous criminals. Their privacy and security are of utmost importance. VIDIZMO DEMS protects the privacy of the citizens with its built-in customizable Role-Based Access Control (RBAC). They can submit digital evidence into the citizen portal anonymously and their details will effectively not be visible to anyone outside the portal. Plus, citizens will also be unable to view evidence submitted by other citizens.

Additionally, it helps investigations and analyses to know where the evidence is coming from so that investigators can narrow down the area to canvas. Modern smartphones have built-in GPS chips that allow captured videos and images to be marked with geographical coordinates. VIDIZMO DEMS geo maps incoming digital evidence by pulling that geographical data from evidence files.

Plus, DEMS also integrates with digital evidence collection tools like CCTVs. Law enforcement agencies can request businesses and homes to integrate their surveillance systems with DEMS to use their surveillance footage as evidence in case an incident is captured by those cameras. This practice will make for swift justice and make communities safer. Using artificial intelligence capabilities like facial, speech and object recognition, redaction of personal information, sentiment analysis, and much more, investigators can streamline analysis of the superfluous amounts of digital evidence and effectively speed up investigations.