Sharing evidence with courts and other authorities via a video link is not your everyday video sharing task. There's a lot to look into to have such evidence admissible in court.
by Muhammad Nabeel Ali Updated on April 21, 2022 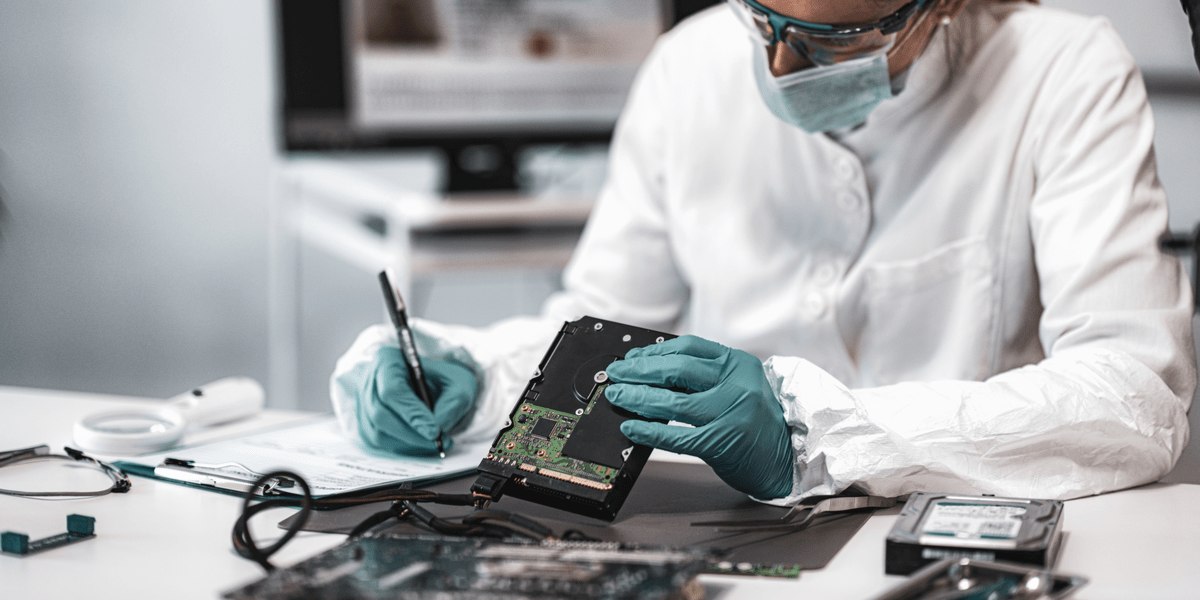 Things are often easier said than done. Sharing videos over the internet -pretty simple. But sharing videos with the court - not quite. We know that doesn’t quite ring a bell, but we’ve got you covered.

Think of it this way; sharing videos over the internet with a link is easier than talking about how it's done, and what parameters are involved and to be considered on both ends when sharing a video file. Narrowing it down, the legal prerequisites to giving evidence via video link makes it far more complex.

What’s the first thing that came to your mind while clicking the link to this blog? Have the institutions accepted technology as a tool in making the most important decisions in any country? To answer that question, you’ll have to read along and find out.

Giving evidence via video link is not new and has been allowed by the court for rare cases internationally, such as those presented under the Criminal Evidence Act 1992. However, it has never been opted as a norm or SOP of any kind.

The United States permits the direct taking of evidence by video-link on a voluntary basis under Chapter II of the Convention, but such arrangements must be agreed upon privately and do not involve the United States Central Authority.

The use of video links for sharing evidence has been termed as “Remote Justice” in the UK, as it was opted in the Covid’19 pandemic and now the British courts are deciding whether to continue the same as it has been proved effective in many cases.

Of course, evidence that can be shared over a video link can only be digital. The main objective is to prove that the evidence is admissible and has been obtained from authentic sources and with authority to do so.

Most courts and institutions rule digitally obtained evidence to be inadmissible as the integrity of that evidence cannot be proved. This is because there often is no track of how the evidence was obtained.

Let’s discuss a bit on what basis courts will allow for digitally giving evidence via video link.

For more information, read the paper at HAL Open Science

For digital evidence to be deemed admissible in court, its safety and extraction methods should make certain that its traits adhere to the regulations of digital evidence. Evidence can always be tampered with.

Thus, for courts to make it admissible for giving evidence via video links and other digital mechanisms, a few prerequisites must be set to prove its authenticity.

Assume an email to correspond as digital evidence; it's one thing that you can easily identify from whom it was sent but how will you prove that the alleged is the author of that text or data sent? All evidence should be gathered via some form of technique before it can be presented in the court.

Authenticity of evidence is a necessary aspect. Whether it is admissible in the court or not will totally depend on its acquisition, how it has been secured from any type of chain of custody and the verification through chain of custody. At every stage in the audit report, it should be proved that the evidence has not been altered or tampered with in any kind of way.

The very first rule for admissibility of evidence is the legal procedure undergone while obtaining the evidence. The authorization or legal tools consist of three parts - consent, search warrants and exigency.

Let’s look into each of these:

This can only be resolved with a proper system of chain of custody integrated where processes for each individual file can be observed, before and even after giving evidence in court via video link.

For further details on each of these features, be sure to check out our DEMS feature page.

A digital forensics expert is an individual responsible for making use of specialized tools and techniques when collecting evidence from ingestion points and storage mediums such as hard drives. Such an individual understands the integrity of evidence and obtains an exact image of the drive, which is an exact replica of the original.

This is something that an inexperienced individual will not be able to do. Standard IT personnel would use conventional methods of copying data that may result in somewhat altering the contents of the data.

The authenticity of digital evidence plays a key role in deciding whether it is permissible in court or not. Factors such as how the proof was obtained, the methods utilized to manage it, and the complete documentation for its chain of custody beginning at its source till the moment it has been presented in the courtroom, each are to be considered.

At each and every stage, it must be ascertained that the evidence has no longer been altered in any way.

Looking into the challenges of sharing evidence via a URL such that it is admissible in court, we can see how many elements must be considered when sharing the video file. Normally, a single tool would be insufficient for a digital forensics expert to use and overcome all these challenges altogether.

However, if we were to look for a digital content management solution that would suffice in terms of file security, provide chain of custody for each file, protect stored media from tampering, allow multiple secure sharing options, and more, that would solve all these issues in one place.

It is hard to find such a dedicatedly designed tool, but fortunately for you we have an option more optimal than anything else in the market – VIDIZMO DEMS.

VIDIZMO Digital Evidence Management System offers you everything you need from a centralized evidence management platform. That includes the steps involved in an evidence lifecycle from securely storing your digital evidence files on the system, to sharing them with ease via a simple link with court.

But sharing files with a link isn’t all to it – there's more.

What VIDIZMO provides is complete control over the links being shared and the files shared within them. This is achieved through several features incorporated into the system.

One of these is that VIDIZMO DEMS allows the user to block sharing entirely, hence no links can be generated nor accessed by anyone besides the current user themselves. This applies similarly to downloads as well.

For individual recipients, the user can generate individual tokenized links which can be restricted at free will by the user using the VIDIZMO DEMS system.

There’s more to read on file sharing and how VIDIZMO does it on Our Complete Guide To Secure Online File Sharing.

Beyond the sharing aspect comes the issue of having your shared evidence admissible in court. One of the key features that VIDIZMO offers to make your collected evidence accountable is a complete chain of custody for each file, which retains every action and workflow that the file has undergone since ingestion.

Moreover, evidence needs to be kept intact in its original state. Any attempt to tamper, internally and externally, needs to be deterred. VIDIZMO makes use of 256-bit SHA-3 encryption for evidence security, to prevent any possibility of evidence tampering.

VIDIZMO also incorporates AES-256 cipher as a security measure for files stored on the system, along with the optional additional DRM support.

The list doesn’t end here. VIDIZMO being a complete solution, offers several more features that can be read about separately and individually on our feature page. Each feature was crafted keeping in mind how it would aid the law enforcer on the chair using it.

If you’re interested in testing VIDIZMO out for yourself, be sure to get our 7-day free trial.