Media convergence is an ongoing process of separate media becoming one. Businesses can keep up with changes with a digital media management system.
by Ziad Amir Updated on March 11, 2021 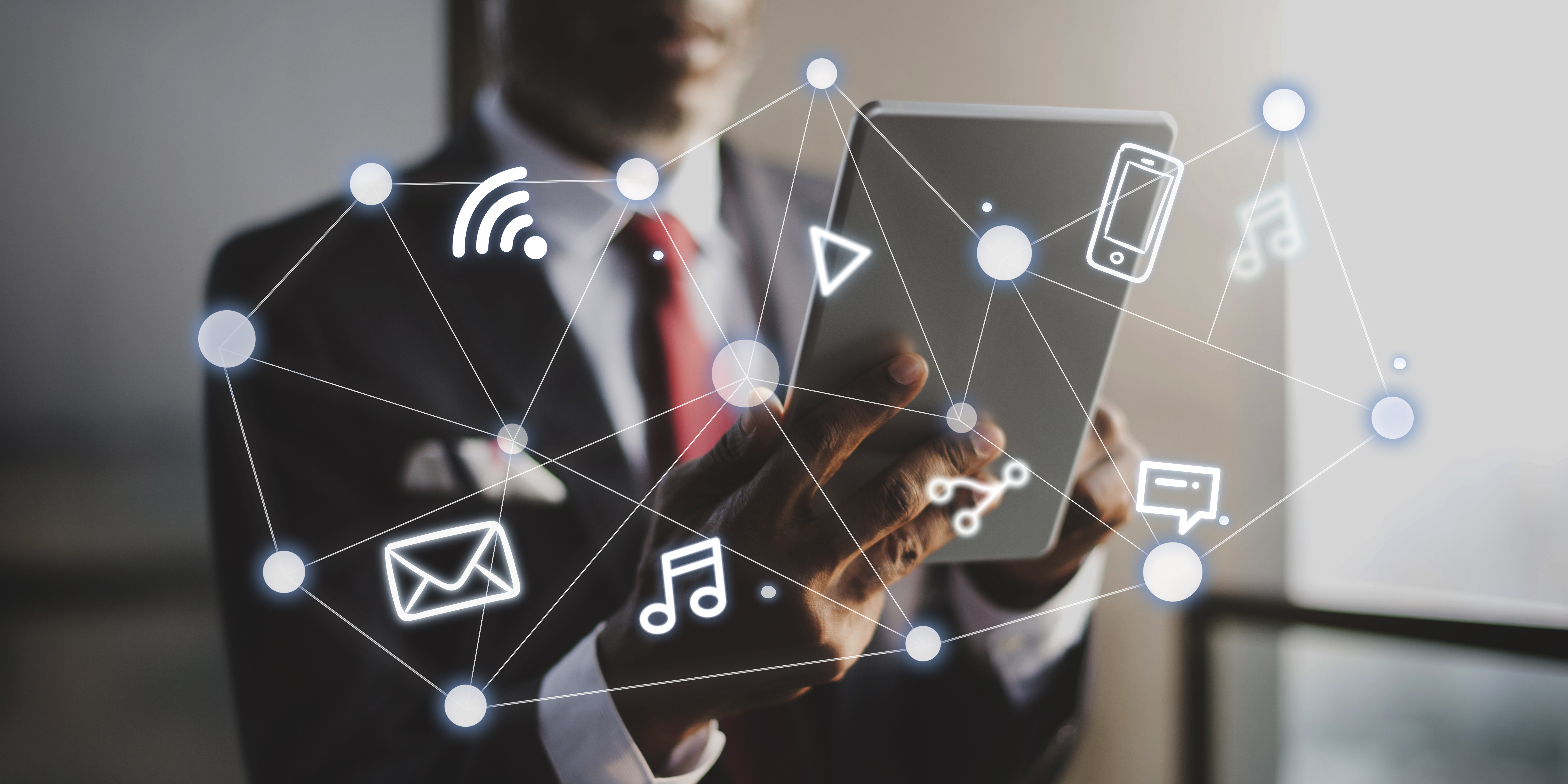 With the proliferation of digital media, it was only a matter of time before the media converged into one single medium. Businesses owe it to themselves to invest in an intelligent digital media management solution where they can not only host but also view and share all manners of digital media files including videos, audios, images, documents, what have you.

Before we go any further, we need to discuss what media convergence means and what its implications are in the era of digital media.

What is Media Convergence?

Media convergence is the phenomenon of different media coming together to form a single, inclusive medium. In simpler terms, as the name suggests, it’s the converging of different media into one medium. It happened when the radio was invented, and again when the television was birthed. But by far the biggest and most prominent instance of media convergence was with the inception of smartphones. There was a time when you needed at least 15 different devices to carry out the functions a single smartphone can perform today. And that’s only the tip of the iceberg.

Why Should I Care About Media Convergence?

Furthermore, digital media convergence changes people’s expectations and preferences. Going back to the smartphone example, if you gave people a separate GPS, camera, music player, calendar, and a myriad of other devices that smartphones have replaced, they will most likely pass. It’s far more convenient to have a single device perform all those functions and it’s almost not worth it to go back to packing individual devices. Only enthusiasts and professional photographers carry cameras. Only the most fashion savvy sport watches. And iPod sales are at an all-time low.

Similarly, people’s expectations are evolving to prefer to consume digital media off a single media platform. These people are customers, employees, or any other stakeholders for that matter. It’s important to give them what they want to stay ahead of competition.

The 3 Cs of Media Convergence

Media Convergence is composed of three pillars: computing, communication and content. The 3 Cs have a special significance in digital media convergence, as is evident from the first C.

Content is the direct result of increased computing power and communication. When you have the potential to carry out multiple complex functions and reach a large audience, you need to have something to say to engage their attention. Therefore, content is the final pillar that is also evolving with increasing digitization and quickly converging media.

Technological convergence is the most notable convergence and there’s a lot of potential there that businesses can benefit from. People now expect to consume all kinds of media on a single platform. This bodes well for businesses because they don’t have to invest in different media platforms anymore. All they need is one decent digital media management system for all their videos, audios, images and documents.

Many modern digital media management systems also integrate with other business systems to form an interconnected, interoperable IT infrastructure. This is the pinnacle of technological convergence.

Economic convergence is the result of a company having its fingers in many pies in the same industry. It’s easy to find examples of communications companies that have a newspaper, television and radio station, and now even a website for internet news. The most prominent aspect of this convergence is bigger companies merging with or acquiring smaller companies. The most notable of these were Viacom’s merger with CBS and Paramount, Disney’s with ABC, NBC’s with Universal, and of course AOL’s with Time Warner.

Cultural convergence is one of the fundamental reasons companies need to invest in a digital media management system. The advent of the internet has sparked a culture of interconnectivity and mass convergence. The best example is of journalism. News consumed over the internet contains text, images, videos, even audios. Printed news and television news have converged to form internet news and it has become the new norm.

This mass convergence sets a precedence and people have expectations from other platforms to be just as converged, if not more. Businesses need to meet the expectations of their stakeholders to have any hold in their industry and not come off dated.

So we’ve established that digital media convergence is an ongoing evolutionary process driven by innovations in technology. Businesses owe it to themselves to not be left behind in this evolution. Considering how quickly technology advances and media converges, it would be quite an incredible feat to catch up with the changes if you’re outpaced.

By investing in a digital media management system, businesses can make sure that they’re keeping up with or even staying ahead of industrial changes and their competition. VIDIZMO is a rather capable digital media management system that allows its users to store, manage and share over 255 formats of videos, images, audios and documents. Plus, VIDIZMO also integrates with a company’s existing software systems to build a comprehensively interconnected and interoperable IT infrastructure, effectively taking digital media convergence to a new level.

To learn more about VIDIZMO's capabilities and offerings

Pros and Cons of Moving Enterprise-Wide Applications to Cloud

A Detailed Comparison of The Top 5 Enterprise Video Platforms