Police Technology has evolved particularly over the last few decades. However, due to certain challenges, uniform implementation has not been possible.
by Muhammad Nabeel Ali Updated on February 18, 2022 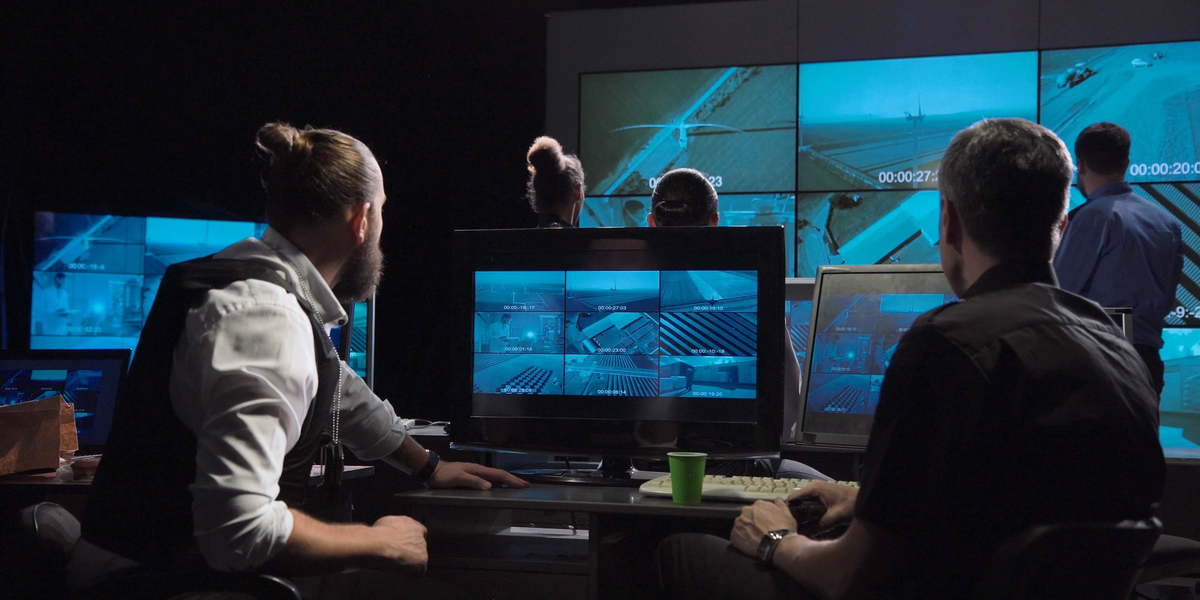 The police forces of the United States, and the world in general, have improved over the past several years. This is attributed to many factors, including better planning and strategy, more sophisticated division of forces, and enhanced and ever-improving technology.

You must be searching for technologies that police forces use around the world, and that is why you have landed on this blog. Rest assured, you are at the right place, as we will be providing you with a detailed guide of various police technologies in use today.

The initial advent of technology came as commercial elements that engraved themselves into every industry existing, such as the increasing use of automobiles since the 1930s. Other elements were more specifically suited to use for better policing, such as the discovery of the uniqueness of fingerprints, and forensics. Several elements, such as taser and technology designed to restrain offenders without fatal damage, were specifically designed for the aid of law enforcement officers.

The law enforcement agencies of the world have improved exponentially over the past two decades, implementing the latest technologies into their framework. Be it ingestion of data from various sources to track criminals and trace them, to the implementation of biometrics and license plate recognition to universally identify individuals with a criminal record, the law has reached a new era where no criminal is safe.

We will be discussing some specific technologies here, some of which have revolutionized the police force in ways that could not have been imagined a few decades ago.

AI, as the pinnacle of technological advancements in the 21st century, is transforming operations across multiple industries. Policing is no exception to this. With AI making large-scale automation of processes possible, such as audio transcription, translation, redaction, OCR (Optical Character Recognition), IoT (Internet of things) based technologies and more, it opens a new frontier for police forces to technologically advance.

A DEMS solution encompasses several of the technologies enlisted here into one and provides the user with a platform to handle digital evidence all in one spot. With increasing technological advances, digital evidence is rapidly increasing which makes a management system even more necessary.

Not only does a digital evidence management system allows you to integrate with several of the hardware elements, allowing you to handle ingested video on a single platform, but also allows you to perform operations on that data, such as tasks done through the aid of Artificial Intelligence such as automatic redaction and transcription.

A digital evidence management system also incorporates its own chain of custody, to allow the user to maintain the credibility of evidence and prevent tampering.

We will discuss furthermore on digital evidence management systems later in this blog.

Body cams are gradually becoming essential for police forces. They act as a measure to ensure both the safety of police officers and their accountability. Body-worn cameras have proven to reduce misconduct complaints and use of force by police officers, as noted by Axon, one of the biggest body camera manufacturers of today in an article at CNN Business.

Fingerprints have long been the prime form of biometric identification, in use by police forces and law enforcement agencies for over a century. Soon followed by DNA testing, these biometrics have served to be of great assistance at identifying criminals.

With the passage of time and more advanced technology, voice recognition, palmprints, wrist veins, iris recognition, gait analysis and even heartbeats are biometrics that serves to provide valuable data for a law enforcement agency.

Unmanned Aerial Surveillance (UAS) vehicles, more commonly known as drones, are used for remote monitoring of potential crime scenes or to track criminals by law enforcement agencies. They are also used in search and rescue operations, monitoring and other forms of analysis. Geotagging and geospatial mapping of the crime scene and other elements are also possible through the live KLV metadata that is ingested from drones, allowing law enforcement agencies to work more efficiently.

License plate numbers play a key role in tracking getaway vehicles, or any form of an automobile involved in a crime scene. ALPR technology serves for the same, allowing police officers to access information about the automobile through its license plate, but is not limited to it. It also helps in identifying cars that are stolen, tracking individuals that are suspects or have warrants against them, and for as of lately, for amber alerts.

With further enhancements from AI, ALPR cameras can also detect the characters on a license plate in low light conditions, and even identify the model and color of the vehicle being observed. While some controversy does arise due to the consent of the driver whose information is being collected, in general, ALPR technology has proven to be a great asset for several law enforcement agencies.

A GDS system allows police officers to pinpoint the location of a gunshot after a fraction of a moment since the incident. The technology has proven to be useful in areas where crime rates are excessively high and police officers need to be dispatched to the location immediately to prevent further escalation of matters and damage.

A leading developer of gunshot detection systems, ShotSpotter, adds the claim that gunshot detection systems can detect 90% of gunshots in less than 60 seconds of the incident. This was verified in 2017, when a criminal on a killing spree in Fresno, California was apprehended and caught in 4 minutes and 13 seconds, due to the technology pinpointing the shooter’s location.

Smart cars are the future. This applies to police forces as well. Smart cars are one aspect of automation through AI that will find their way into the police force and is being experimented with in several regions, such as by the NYPD.

Another element present in law enforcement vehicles today are dash-cams. Similar to the body-worn camera, these cameras serve as the perfect point of information ingestion, which can, later on, serve as both evidence, and be used for police accountability purposes as well.

These technologies each will aid police forces in different ways that will make policing easier. Some of these, as we have discussed, have proven to be vital for the police forces of today. So why have several police counties and jurisdictions not yet incorporated each of these technologies?

These hurdles have persisted throughout time and have created delays in technological advancements of the police departments for decades.

An extract from the President’s Crime Commission in 1967 confirms how the law enforcement sector has lagged behind other sectors in terms of making the most of modern technological advancements.

If you’re about to go ahead and search for a digital evidence management system that offers all that and more, then fret not because we have the perfect solution right here. VIDIZMO offers its state-of-the-art DEMS solution which provides you with everything you need from a Digital Evidence Management System. Here’s a list of some of the features we provide in our system.

These are a few of the multitude of features our DEMS solution has to offer. Feel free to further explore our feature page for further information.