Digital evidence is crucial in investigations. E-crime, or cyberattacks, is related to digital data or information held on digital devices.
by Saima Akber Updated on May 10, 2022 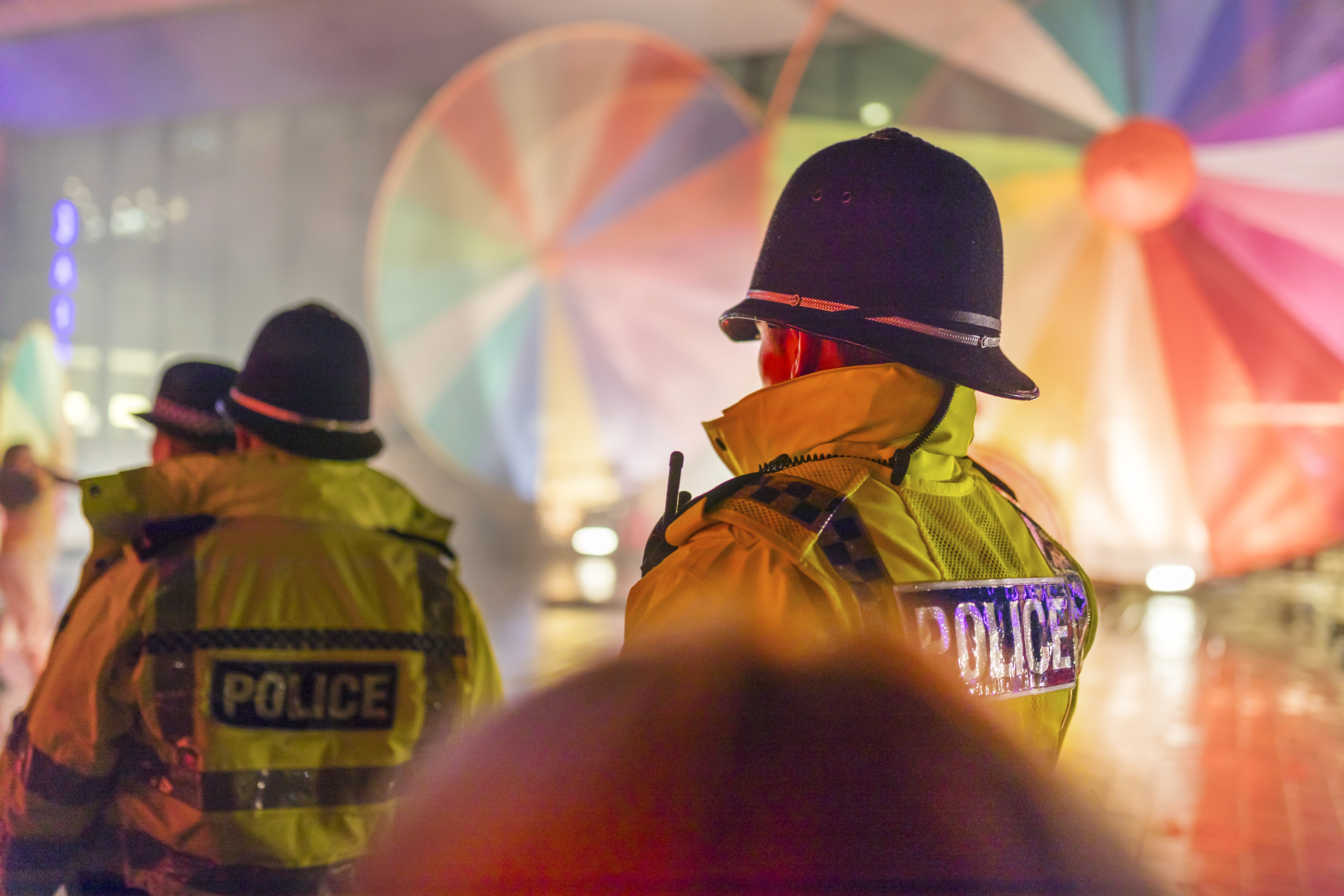 Crime scene investigation is a forensic science practice that helps detectives in identifying, interpreting, and recovering physical evidence from a crime scene for physical inspection or subsequent scientific research.

In many criminal investigations, it is crucial to know and verify a person's presence at the site of the incident. So, evidence collecting and forensic testing of fingerprints, blood, hair, threads, dust, and glass are regular.

Because the offender must be walking or driving while entering or leaving a crime scene, shoe and tire imprints are typically vital forensic proof.

Investigating an incident requires gathering and organizing evidence to discover the truth behind it. As a result, the information acquired might be deceptive. Witnesses may provide different versions of the story about the same episode.

What Is The Police Evidence Collection Process?

To achieve judicial requirements for the admissibility of evidence, investigators must follow extensive standards when dealing with physical evidence. A police officer must be able to demonstrate to the court in simple words.

Unless the officer can establish that the evidence has been preserved in the chain of custody from discovery to presentation in court, it will not be accepted.

Learn more on Why Is Chain Of Custody Important

Officers on the scene of a crime must preserve and secure the crime scene. This indicates the scene must be left as found. Digital crimes will inevitably grow with technological advancements.

To protect and secure the crime scene is the duty of all personnel. This implies the scene must be left as found. Digital crimes are inevitable with the advancement of technology.

Forensic teams employ digital evidence to assist in solving crimes using technology. Officers of all levels of expertise often come into touch with digital evidence that is significant to impact the result of the case.

What Is Digital Evidence?

Digital evidence is something that can be saved, retrieved, or sent digitally that is relevant to an inquiry. When electronic devices are seized and held for investigation, such evidence can be collected.

Internet-connected devices and gadgets, as well as mobile devices, are all potential sources of evidence. Distinct sorts of crimes need distinct tactics, techniques, and concerns for acquiring evidence in each of these domains.

How Does It work?

Previously, it was a paper-based system. It took a lot of indexing and documenting. Modern evidence management software tool simplifies this vital task. Initiate and control the chain of custody using the newest barcode technologies.

The evidence tracking system also leverages cloud technology to securely store data and enable users to view it from anywhere. Officers may use cell phones to shoot photos and videos, record and document interviews, and scan driver's license barcodes.

When It Comes To Digital Evidence, How Is It Different From Physical Evidence?

Law enforcement officials are accustomed to collecting and preserving conventional sorts of evidence, but digital evidence necessitates a different approach. Unlike physical proof, digital evidence is non-physical and non-concrete. Despite its external appearance, its true nature remains a mystery.

What’s The Most Critical Aspect Of Digital Evidence?

The management of digital evidence may have a significant impact on its integrity. Given its fragility and volatile nature, procedures must be strictly observed while dealing with data (i.e., during its access, collection, packaging, transfer, and storage).

How to Handle Digital Evidence? 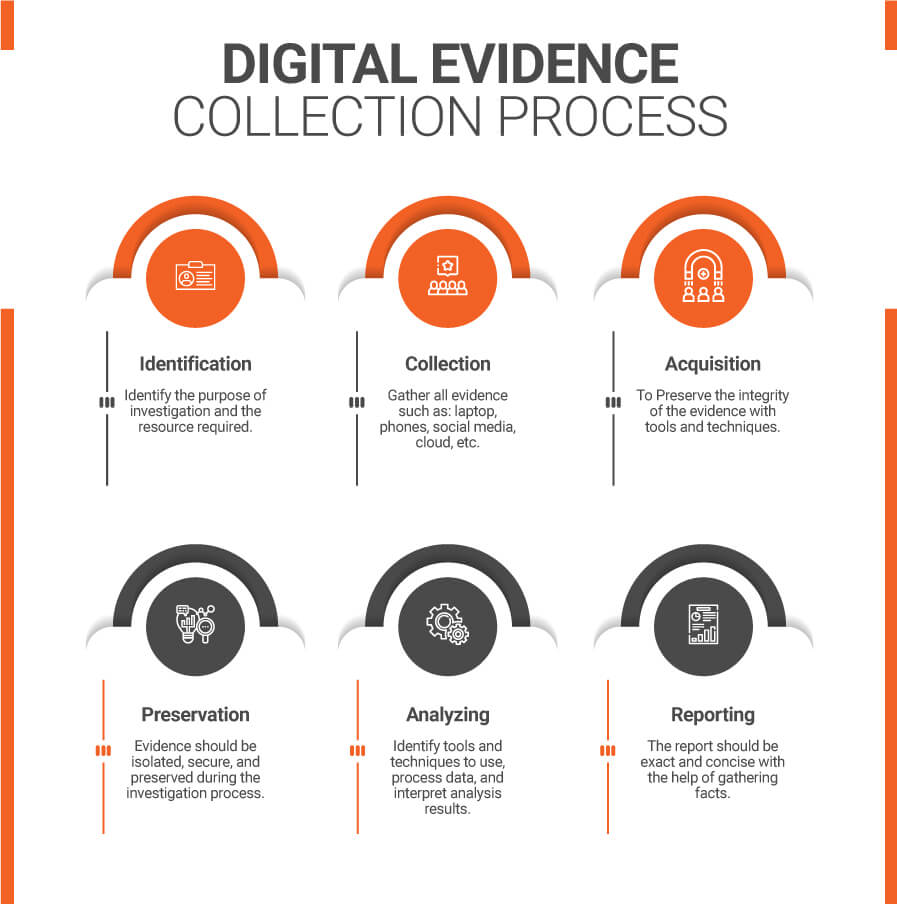 Preliminary information about an incident is gathered in the identification phase before digital evidence is collected.

The investigator must first identify the evidence sought before collecting any digital evidence. This includes both public (e.g., social media platforms) and private resources (e.g., websites and forums).

The collection should contain digital devices as well as other important objects (e.g., laptops or notebooks with passwords or other information concerning online credentials, phones, printers, routers, etc.)

There are several methods of acquiring. The method used varies on the digital gadget. Digital evidence should be gathered in a way that maintains its integrity. Digital evidence collection methods and approaches must avoid or at least reduce data modification.

To preserve the integrity of digital evidence, a copy of the device's content is made before static acquisition. Extraction is done in two ways:

Evidence is physically extracted by searching for it on a digital device like a computer's hard disc.

It is essential to preserve the integrity of digital evidence throughout its processing. First responders, prosecutors, crime scene technicians, and/or digital forensics experts must demonstrate that digital evidence was not modified during identification, collection, and acquisition.

The analysis step extracts digital evidence from the device, analyses data, and reconstructs events. Forensic analysts must be informed of the search goals, case history, and any other information discovered throughout the inquiry that might benefit them in this phase.

The findings are discussed in a report. The reports should be exact and concise. The procedures used to analyze and extract data should be explained in-depth, including examples (figures, graphs, tool outputs) and accompanying papers (chain of custody documentation). 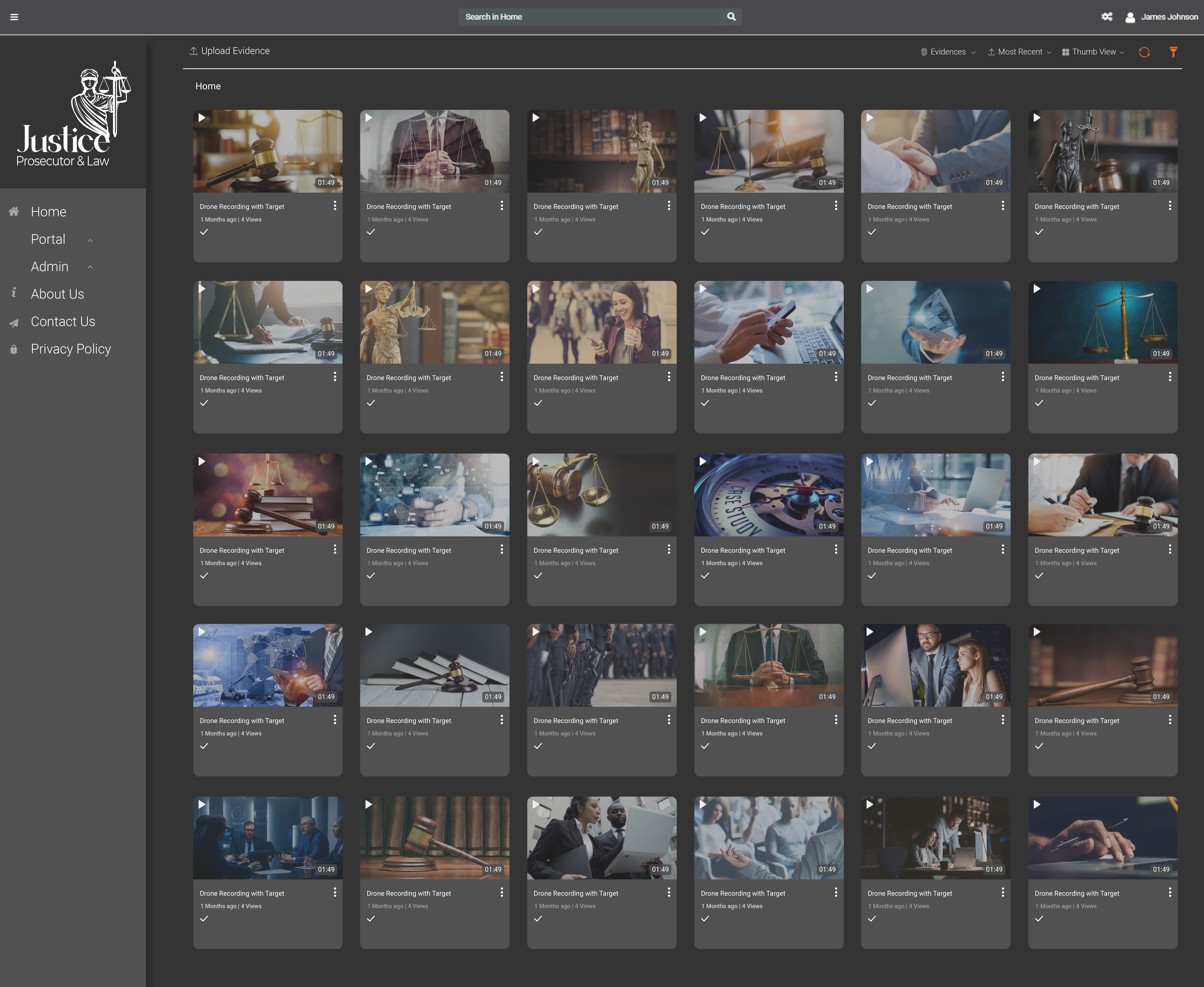 VIDIZMO DEMS provides several security controls and features to ensure compliance with federal legislative requirements, such as those by HIPAA's set of rules and the GDPR for Europe and the UK.

Using a centralized repository that accepts all file types and allows for automated ingestion makes it easier to gather and maintain digital evidence from a wide range of sources.

A PC, Wi-Fi, or docking station connection allows DEMS to automatically save and preserve digital evidence.

VIDIZMO DEMS automatically ingests dashcam footage when linked to Wi-Fi or a computer system, bringing evidence collecting and storage to the next level

It also enables law enforcement agencies to solve their difficulty by storing and managing drone video in a single repository.

It encrypts sensitive information for use in court proceedings in several video evidence formats. The text from automated transcriptions may also be redacted when using redaction on audio and visual evidence.

Fortunately, technology exists today that allows law enforcement officers to surpass the "binary barriers" of cyber crime, as well as add efficiency to tangible processes such as evidence collection.

VIDIZMO Digital Evidence Management System is one such technological marvel that provides a 360-degree overview of all digital evidence from all sources in a timely and cost-effective way.

Feel free to learn more on the full feature set that VIDIZMO DEMS provides, which accumulated make the solution optimal for all things digital evidence!

Sign up for a demo to have a hands-on experience of what DEMS has to offer!