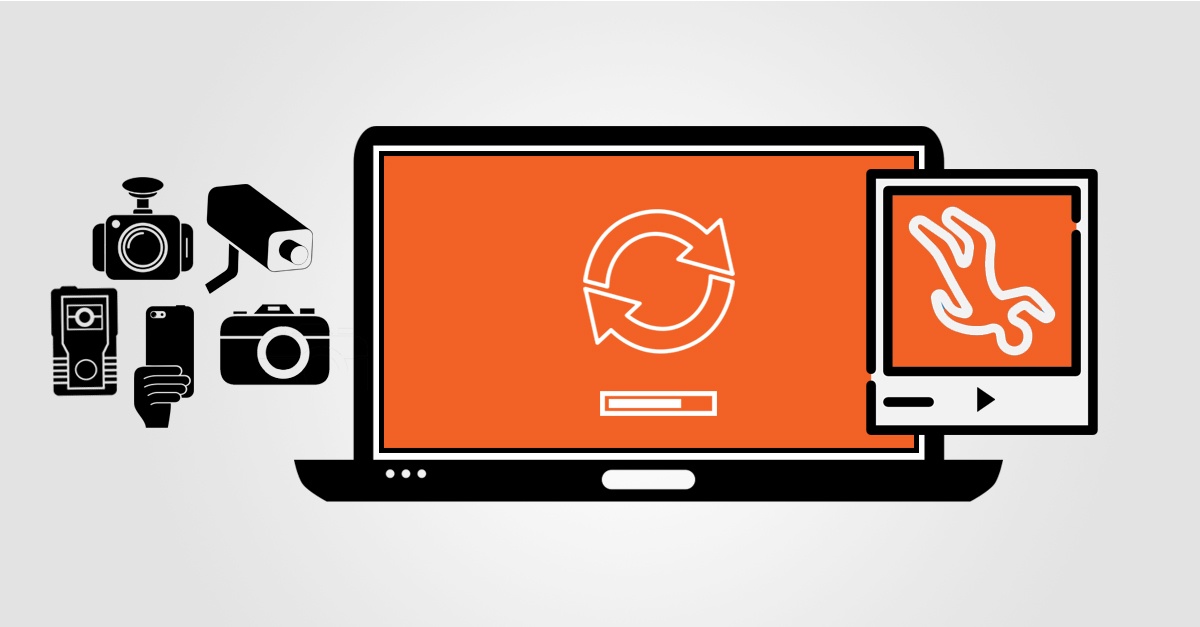 Contemporary law enforcement agencies deal with an increasing number and types of digital evidence, which often comes in the form of video evidence or other digital media captured as part of legal investigations.

Being characteristically lengthy, video evidence files are often difficult to process due to its sheer size. The problem is further compounded when the digital evidence files are then required for sharing with third parties for collaboration.

Law enforcement agencies collect ample digital evidence captured by surveillance cameras, body-worn cameras, dash-cams, civilian contributions of cell phone videos, among a myriad of other sources. Further exacerbating the problem is the fact that one incident or crime scene could potentially be captured by multiple surveillance cameras, cell phone cameras, wearable cameras, and so on, depending on the number of officers reporting to the scene or the number people or devices capturing the same incident simultaneously.

The officers in charge of editing and processing all the collected video evidence find themselves in a pickle. Often times, only a few minute-long clips need to be extracted from hours and hours of footage, lending to the officer’s plight of having to review drawn-out video evidence in an extremely time-consuming process.

Adding to the challenge, evidence processing needs can be fairly urgent when, for example, a police department needs to share video evidence with the district attorney’s office within a certain timeframe or even immediately to render it useful for investigations that are time-sensitive in nature.

This puts immense pressure on police departments or other agencies at the front-end of video evidence reception and processing.

VIDIZMO Digital Evidence Management System offers multiple solutions to these challenges. Firstly, VIDIZMO’s auto transcription feature transcribes all videos and audios so keywords can be searched to quickly jump to the required or relevant parts in the video. It saves numerous hours that would otherwise be spent scrambling through long video evidence files that can now be indexed with the help of auto-generated transcriptions. Officers can now also identify desired sections in a video using transcription of spoken words before editing and bundling them for sharing with other stakeholders.

In addition to facilitating lengthy video processing, VIDIZMO Digital Evidence Management System also has features such as transcription editing and video editing to prepare and collate content in shareable files and formats, or even for the creation of derivative content from original files.

Digital evidence sharing has expanded significantly among law enforcement agencies that work collaboratively to solve crime. With evidence pouring from a multitude of digital sources, there is a significant amount of information that needs to be disseminated and transferred among various stakeholder groups. This includes, but is not limited to, Police Department, County Sheriff, District Attorney, Defense Attorney, Public Defender, judges and even juries, among others – all of whom engage in digital evidence sharing for the purpose of legal investigations.

When a district attorney opens a case for investigation, for example, the police and sheriff deputies are required to share all physical and digital evidence in the form of case files with the DA’s office within a certain timeframe. The DA then further transfers the information to defense attorneys or public defenders for discovery purposes. Eventually, all digital evidence is shared with judges and juries for trial or other courtroom procedures. Evidence sharing could also include the exchange of operational data files or similar information on both, open and closed investigations.

Digital evidence sharing is, therefore, integral to the legal processes. However, in the case of video evidence, the sheer size of the files makes it very difficult to carry out evidence sharing across traditional storage devices or ever over the internet.

To ensure evidence security, the link or URL is only made accessible for a limited time period (defined by the sender), during which the other party can safely access information in a read-only format. System administrators also have the ability to selectively allow or disallow third-party evidence sharing and downloading for each file.

All these data sharing options ensure that digital evidence is broadly available to third-party authorized users in a secure and timely manner.

Additionally, the system creates a log entry every time a digital evidence file is opened, downloaded or shared by the third party, generating an audit trail of all content sharing activities. This serves to provide the necessary proof of access to prosecutors about when certain evidentiary data is shared as a part of discovery, and when it is viewed or downloaded by the defense attorneys.

VIDIZMO Digital Evidence Management also has the option to allow content downloading, which can later be copied to hard drives, DVDs or other storage devices for sharing.

Want to see how VIDIZMO Digital Evidence Management System can help your organization? Contact us today for more information or sign up for a free 30-day trial today. 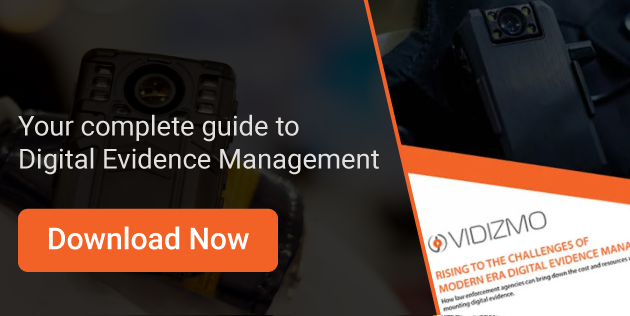